Though open concept living spaces are very popular today, most older homes were not laid out this way. I recently bought a house built in 1989. There was a solid wall with only a 3 foot wide opening between the kitchen and living room (see below). 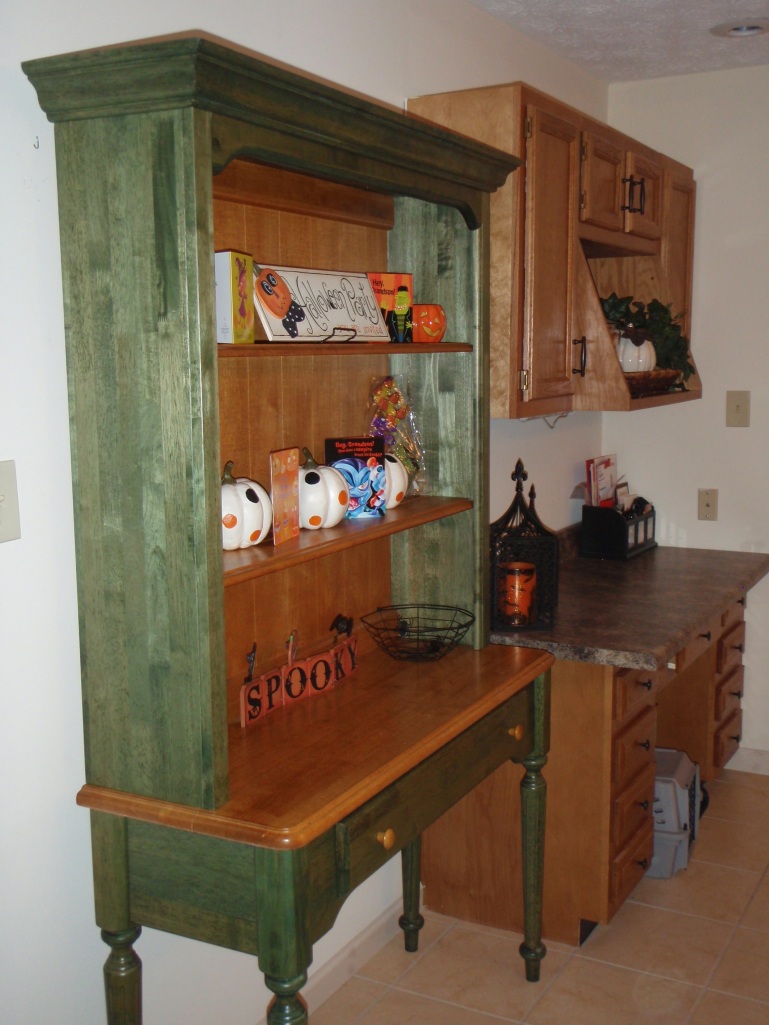 My first reaction was that the wall needed to go. However, the previous owner had just put in new flooring through out the house, and in order to fix the floor when the wall and adjacent cabinet were removed I would have probably ended up replacing the entire floor. That seemed like a waste of perfectly good flooring and was not in the budget for the time being.

In order to still connect the spaces and not extend my scope too far, I created a pass thru in the walls between the rooms. I had to remove the upper cabinets around the built-in desk, which helped to make it feel more open. I did have to reduce the size of the opening from my original plan because as luck would have it, I ran into a main waste line running inside that wall. Relocating plumbing was not in the budget either. However, I do still like the proportions of the opening. See below for an in progress shot.

I based the opening size on the existing studs to minimize the framing needed. A 2×4 was added on top and bottom, then drywall and trim were put up. Finally I painted the wall an accent color of red (the adjacent walls are gray). See below for the final look. Now I can have a conversation with someone in the living room while I am in the kitchen!